32 Day Tour from London to London

All About Europe with London

32 Day Tour from London to London

What do you want from your European tour—historic treasures, amazing architecture, scenic beauty, and exciting cities? Whatever it is, this European vacation offers it to you! You’ve heard about a tiny but powerful state with a treasure cove of masterpieces, Vatican City – now it’s your chance to visit St Peter’s square. You’ve seen photos of the Leaning Tower in Pisa—now’s your chance to take a photo of yourself pushing back at it. You’ve heard of the French Riviera—now’s your chance to drive along both the French and Italian Riviera’s. You’ve watched the Olympics—now’s your chance to visit the birthplace of the Olympic Games in Greece. You’ve heard how gorgeous the Swiss Alps are—now’s your time to see them in person. You’ve read how the former communist countries in Eastern Europe have transformed into wonderful vacation destinations—now’s your time to visit Budapest, Bratislava, Sofia, and Belgrade to see for yourself. You’ve wondered about the Eurostar train, connecting the UK to continental Europe through the Channel Tunnel – it’s part of this experience!All of this and much more are included on this European tour that starts and ends in London, and travels through France, Spain, Italy, Greece, Bulgaria, Serbia, Hungary, Slovakia, Austria, Germany, Switzerland, and the Netherlands. Spend time in the French Riviera and France’s beautiful wine region. Experience lively Barcelona and visit some of the world’s oldest sights, including Athens’ Acropolis, dating back to the 5th century BC; the towers, cobblestones, and turrets in Carcassonne, perhaps Europe’s best-preserved medieval fortified town; Lucerne’s Chapel Bridge, built in 1333 as part of the city’s fortifications and now Europe’s oldest-preserved wooden bridge; Niš in Serbia, one of the oldest cities in the Balkans; and much more.But that’s not all…you’ll also witness gorgeous scenery throughout this Europe tour—from the rolling hills in Tuscany to the majestic Swiss Alps, Greece’s Peloponnese coast and the Danube valley. It’s a dream vacation for value-minded travelers!

*Book a select 2021 Cosmos vacation to receive the $50 per person discount on the land price. Booking must be made, under deposit and discount applied between March 19 - July 31, 2020 for travel in 2021. Discount will apply to individual members of groups adding a name and non-refundable per person deposit WITHIN the promo window. Not applicable on TBA space. Not applicable to custom tours. Combinable with all other applicable promotions. Applies to new bookings only and offer will not be applied to pre-existing bookings. Offer reliant on space availability. Full cancellation penalties will apply. Additional restrictions may apply; see Travel Terms & Conditions for details. May be withdrawn at any time. PRMX0579 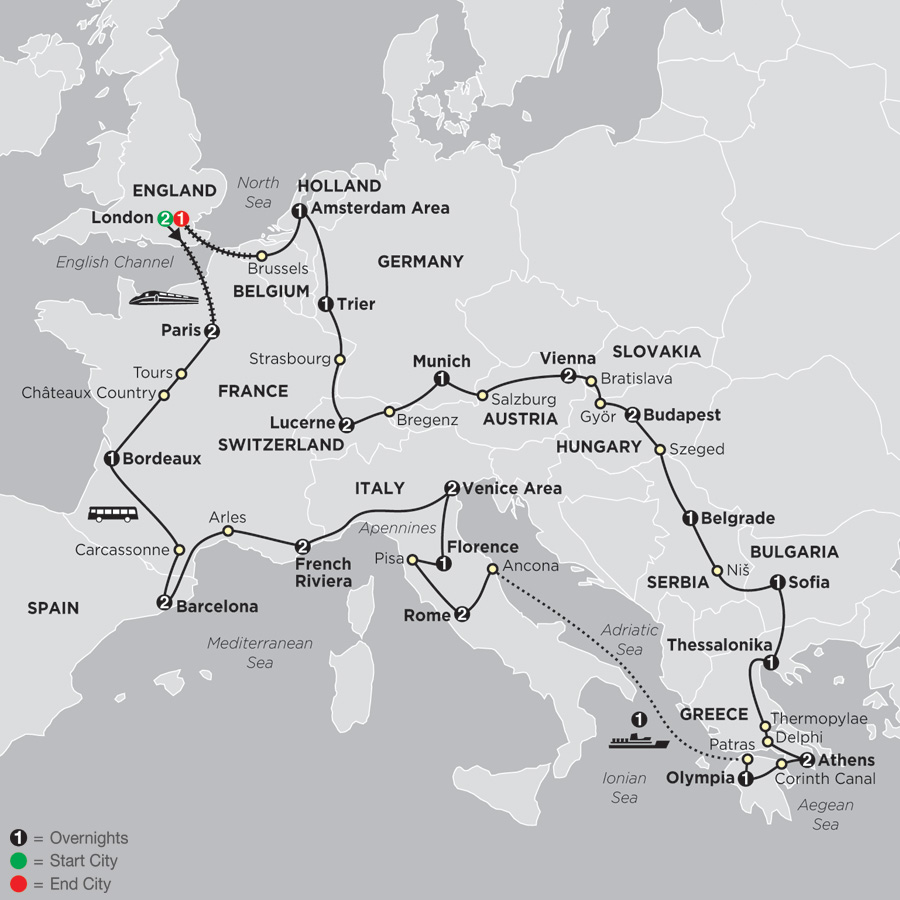 Buffet breakfasts daily; 11 dinners, including a dinner at a local restaurant in Budapest


Warning: Invalid argument supplied for foreach() in /home/ourtesti/cosmosvacations.in/wp-content/themes/cosmos/single-tour.php on line 939

"I'm British, but I work in Europe. It is my office, my back yard, my home away from home. I love to introduce people to this continent and see their reactions to its wonderful sights." 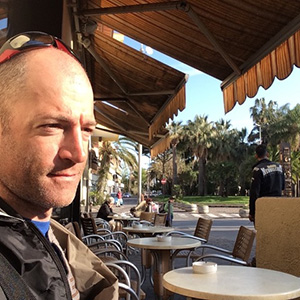 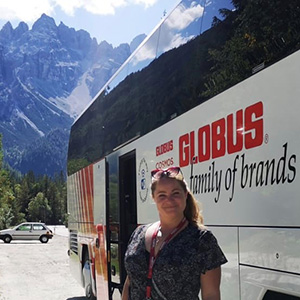