Welcome to Ontario and Québec—where exciting cities and breathtaking scenery await you on this eastern Canada tour. You'll spend three nights in Toronto, two nights in both Ottawa and the Québec City area, and one night in Montréal.On your sightseeing tour in each city, you'll see the must-see sights, such as the 1,815-foot-tall CN Tower in Toronto, Canada’s largest city; the Canadian Mint in Ottawa, Canada’s capital; Québec City's Place Royale, the historic square known as the birthplace of French America; and Montréal's Mount Royal, designed by the same designer as New York City’s Central Park. In Ottawa, you’ll visit the Royal Canadian Mounted Police stables, a tribute to Canadian heritage and history. In Québec, visit the Basilica of Notre Dame, dating to the 19th century, and Cap de La Madeleine, a national shrine with its fine stained-glass windows. Also enjoy time to explore Québec City, Canada’s only walled city and a UNESCO World Heritage Site. Between Montréal and Toronto, you’ll visit Upper Canada Village, where you’ll be transported back to the 1860s—with costumed interpreters, traditional farming techniques, aspects of late 19th-century social life, and more—at one of Canada’s most complete living history museums. But that’s not all…you’ll enjoy stunning scenery on this eastern Canada tour. For a tour highlight, board a sightseeing boat for a thrilling ride to view breathtaking Niagara Falls. You’ve seen photos of Niagara Falls, and now’s your chance to see it up close. These falls are nothing short of spectacular! Also enjoy a cruise that takes a scenic route through the many islands of St. Lawrence Islands National Park. From the vibrant cities to the beautiful scenery, this eastern Canada tour designed for the value-minded traveler is a wonderful vacation! 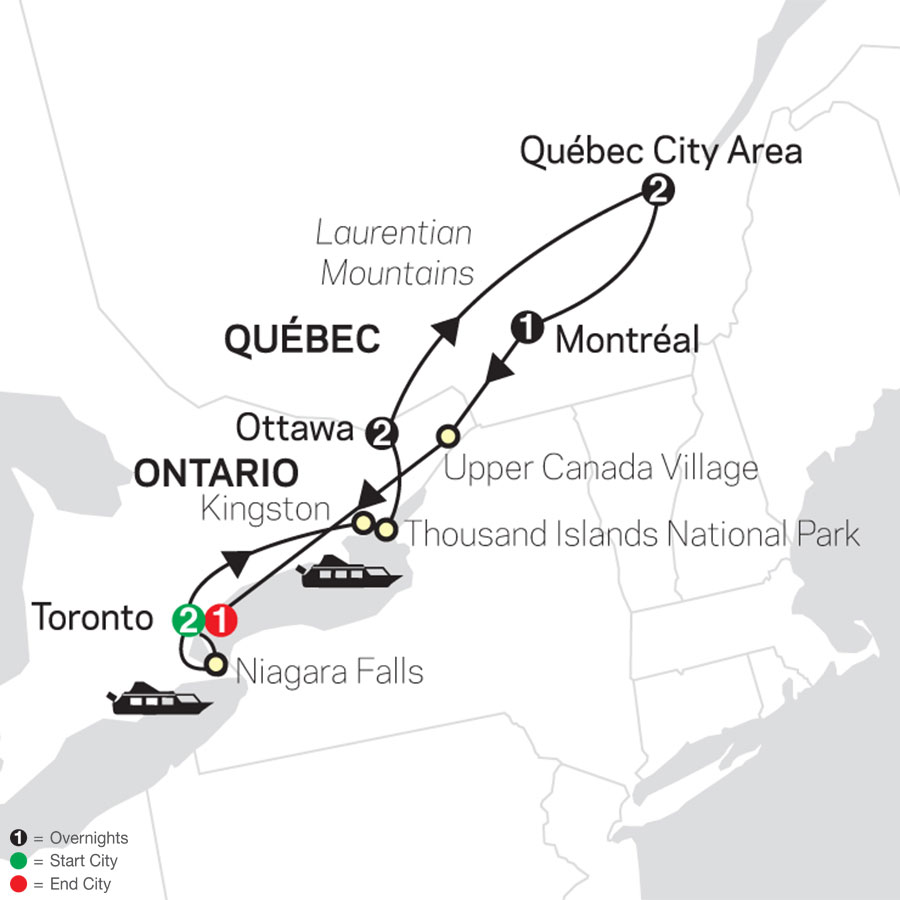 Local Guides for city sightseeing in Québec City and Montréal; services of a professional Tour Director. Local host service in Halifax and Toronto; where information is provided for independent exploration and dining.

Enjoy the fall colors of Ontario and Québec on our special fall foliage departures: September 7 to October 19 (if Mother Nature permits).CANADA DAY: Travel on our June 29 departure to be in the Canadian capital of Ottawa for the nation’s July 1st birthday. The evening will be topped off by a giant fireworks show you simply don’t want to miss!

Overnight accommodations and travel aboard VIA Rail’s Ocean train in Sleeper Plus class to Nova Scotia. Private, deluxe air-conditioned motorcoach while touring with free WiFi.

TORONTO. EXCURSION TO NIAGARA FALLS. Skirt the shores of Lake Ontario to Niagara Falls, one of the Natural Wonders of the World. Board your NIAGARA FALLS SIGHTSEEING CRUISE for a thrilling ride to view the thundering falls. Return to Toronto, where sightseeing includes the city’s major landmarks, such as the banking district, City Hall, the CN Tower, the University of Toronto, and ultra-modern Rogers Centre. This evening, enjoy an optional outing to the top of the CN Tower for a delicious dinner and spectacular views.NOTE:Operation of the Niagara Falls sightseeing cruise is subject to favorable weather conditions. When weather is unfavorable, a walking tour through the scenic tunnels will be substituted.

TORONTO–KINGSTON–THOUSAND ISLANDS NATIONAL PARK–OTTAWA. Leave Ontario’s capital and stop in Kingston, a city with an exciting history dating back more than 300 years. Proceed along the St. Lawrence River with splendid vistas of Thousand Islands National Park. At Ivy Lea, board your boat for a CRUISE that takes a scenic route through the many islands of St. Lawrence Islands National Park. Next, head to Ottawa, Canada’s beautiful capital.

OTTAWA. This morning, enjoy a sightseeing tour of this lovely city on the banks of the Ottawa River and the Rideau Canal. See the Canadian Mint; the embassy district; and stately Parliament Hill. Visit the ROYAL CANADIAN MOUNTED POLICE STABLES, a tribute to Canadian heritage and history. Suggestions for this afternoon include a visit to the magnificent Canadian Museum of History or the array of restaurants and shops at lively Byward Market.NOTE:Due to seasonal hours, the Royal Canadian Mounted Police Stables will be closed and unavailable on the September 10, 17, 24, and October 1, 11 departures. All dates are subject to availability of the RCMP Stables, and can become unavailable at any time.

OTTAWA–QUÉBEC CITY AREA. Drive into the French-Canadian province of Québec for a sudden change in language and tradition. Follow the historical King’s Highway along the north shore of the mighty St. Lawrence River. Visit the BASILICA OF NOTRE DAME DE CAP DE LA MADELEINE before arriving in Québec City, the heart of French Canada and a UNESCO World Heritage Site.

QUÉBEC CITY AREA. Enjoy a guided tour of Canada’s only walled city, crowned by the turrets of Château Frontenac. Until the British victory of 1759, Old Québec was the center of New France; today, it’s a UNESCO World Heritage Site. Within the walls reside Place d’Armes, Laval Seminary, the star-plan Citadelle, and ancient Place Royale. Also, see the stone houses crowding the narrow streets of Lower Town by the St. Lawrence River. The afternoon and evening are free—your Tour Director will have suggestions for sightseeing, shopping, and dining.

MONTRÉAL–TORONTO. En route to Toronto, visit UPPER CANADA VILLAGE, one of Canada’s most complete living-history museums. You will be transported back in time to the 1860s. Afterward, the motorcoach will transfer you to the Chelsea Hotel, Toronto, for an overnight. NOTE:Typically during the months of April, September, and October, Upper Canada Village will operate on a limited basis. Departures will still have the benefit of a private guided tour of select historical sites. 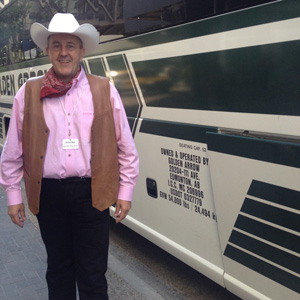